What Are The Most Efficient Kitchen Designs?

Here we cover the 5 most popular Kitchen design layouts. 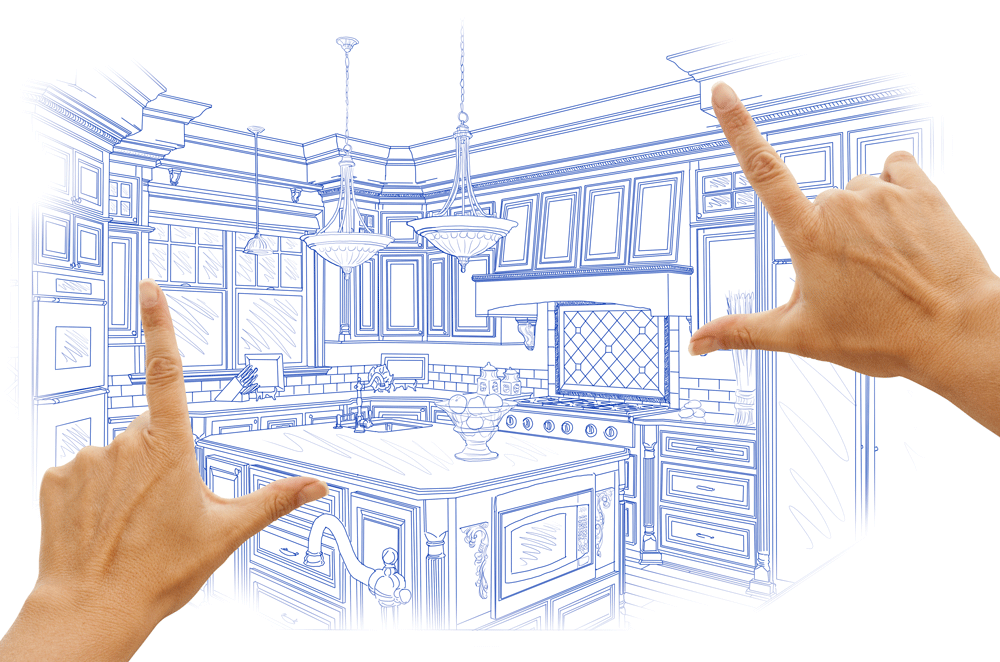 With lot’s of entertaining and cooking on the near horizon, this puts even the most efficient kitchen designs to the test! That means that everyone is going to be in their kitchens cooking up some wonderful meals.

Efficient kitchen designs, or lack of, can make or break a kitchen and one of the best feast days of the year. The best kitchen layouts will have enough space to prep, entertain, and generally do everything that you need to do without anything getting in the way, including yourself.

The easiest way to spot a kitchen that’s easy to work in is to use it. Ask yourself, am I able to get where I need to go quickly? Is anything in the way or placed awkwardly? Is there enough space for storage and prepping? An efficient kitchen should be able to accommodate however you use it, which means that each kitchen will be more or less efficient depending on who is using it.

There are really only two ways to travel in a kitchen. You can travel in a straight line, or in a triangle. These are mainly in reference to where your main appliances – refrigerator, oven, sink – are in relation to one another. These paths help to make your kitchen floor plan more efficient as you move about different steps during the cooking process.

This is a straight line that you travel in your kitchen, and it’s often found only in single wall or I-shaped kitchens. All of your appliances and working space are along a single wall and you work along with that line from the fridge to the open preparation counter space to the stove to the sink, going back and forth as you need to.

The triangle is found as the working path in just about every kitchen layout. It’s efficient in that it can allow your sink, stove, or refrigerator to be placed in a way where you’re covering less distance when moving around while still having a comfortable working area.

The triangle is a great option – it works just about anywhere and it’s great in small or large spaces. But as kitchens have gotten larger and more spacious. Sometimes the triangle gets to be too big and it’s just as cumbersome to get from one spot to another because they’re just too far apart. An efficient plan that’s becoming more popular in larger kitchens is work zones where appliances and prep space are grouped based off of what they’ll be used for. An example work zone would be a ‘Cleanup Zone’ – this would be dirty dishes and the like; in this part of the workspace you’d have a sink, dishwasher, and a waste can. This kind of organization and mind-set will allow this idea to work with both of the working paths mentioned above. Awkward placement of appliances can mess up these paths and can leave you cramming for more time as the spaghetti is boiling over so instead of having a path to travel in which it’s easy to get from one appliance to another you’re working path looks more like a child’s drawing.

Different kitchen layouts fit different spaces and personalities. Some people desperately want an island in a small space which can interfere with traffic, and some want a single wall kitchen – leaving empty space that has no value. Here are the 5 most efficient kitchen designs and why and how they work! 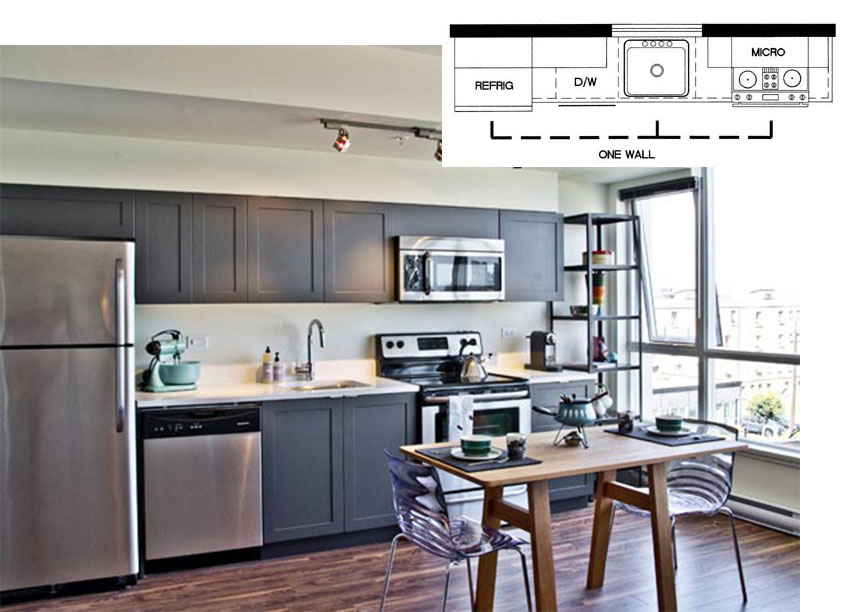 Also called an I-shaped kitchen this space fits along a single wall in smaller spaces. It uses a less efficient working path instead of the triangle, but it’s ideal for smaller spaces that want that open feel. Keeping work zones in mind will help to keep this floor plan more efficient. Stylistically you can treat this space as an accent wall that contrasts beautifully with the rest of the space! 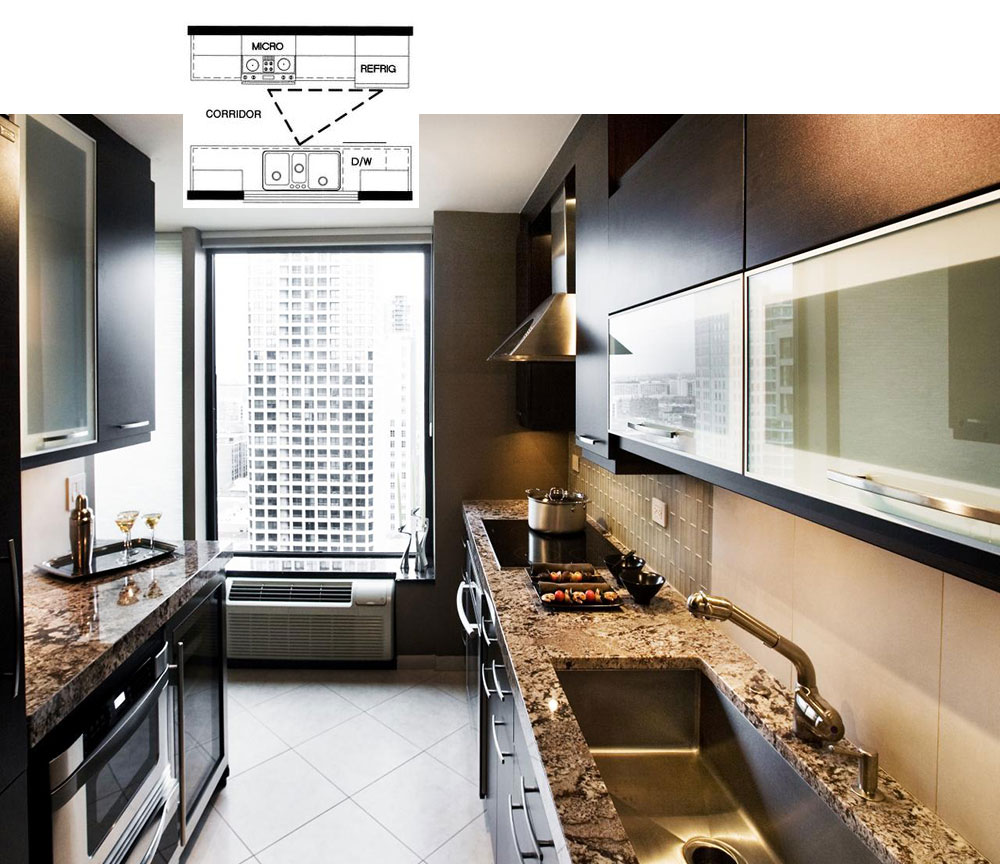 This is also called a corridor kitchen, and unless all of your appliances are one side it uses the triangle work path.  Tt’s name comes from the small kitchen quarters in ships. This layout offers more counter space than the I-shaped kitchen and can also be well suited for small spaces. However, this is one of the few kitchen layouts where you won’t be able to use an island efficiently. 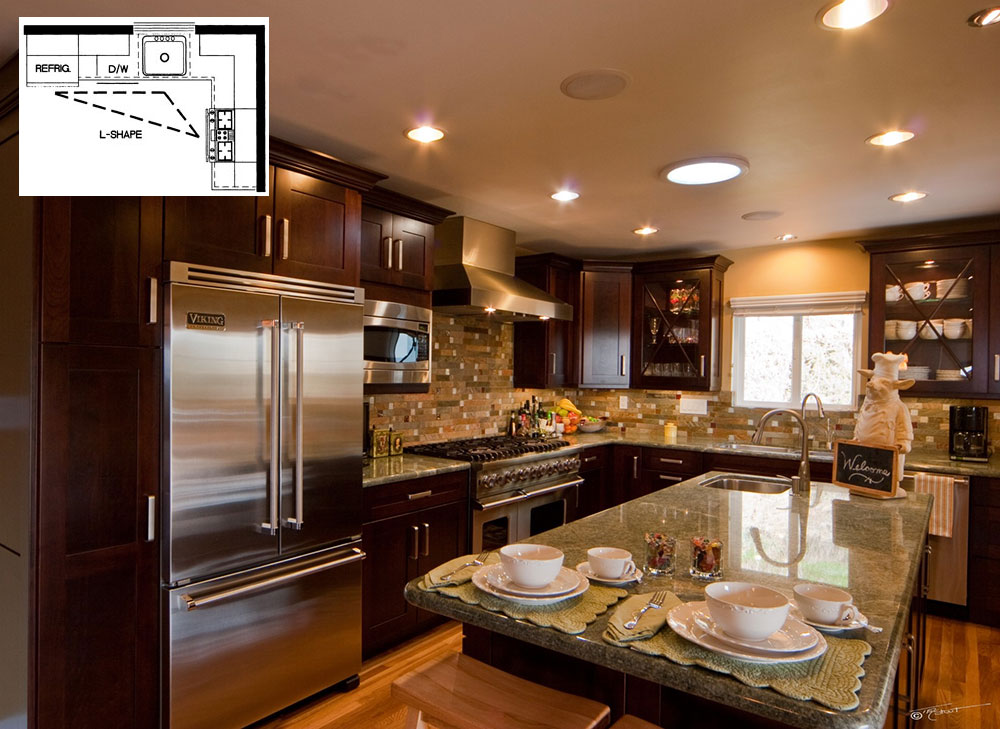 These kitchens take a Single Wall layout and add more counter space along a connecting wall- this particular layout includes an Island. Likely, you’d move one of your major appliances along this other wall in order to work with that triangle path. They’re great for small-medium kitchen spaces. An Island can be incorporated nicely as long as it doesn’t obstruct the triangle! 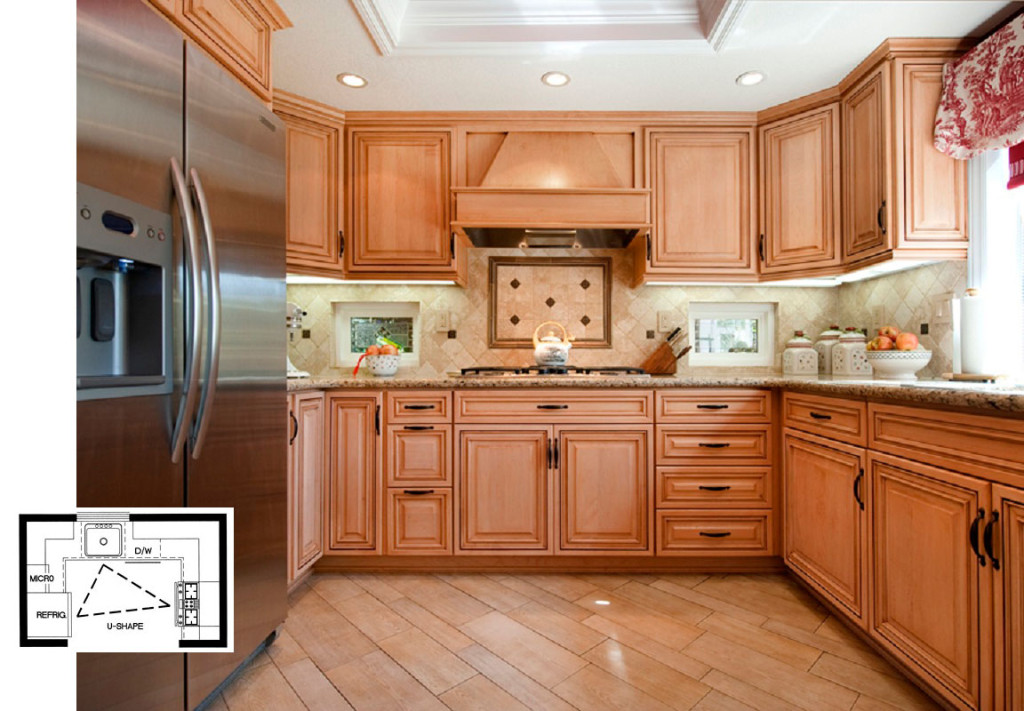 The other name for this design is a Horseshoe Layout. This layout ideally has one appliance on each of its 3 walls in order to maximize counter space and the working area around each appliance. This space can house an island if the area is large enough, however it can get in the way between adjacent prep areas. 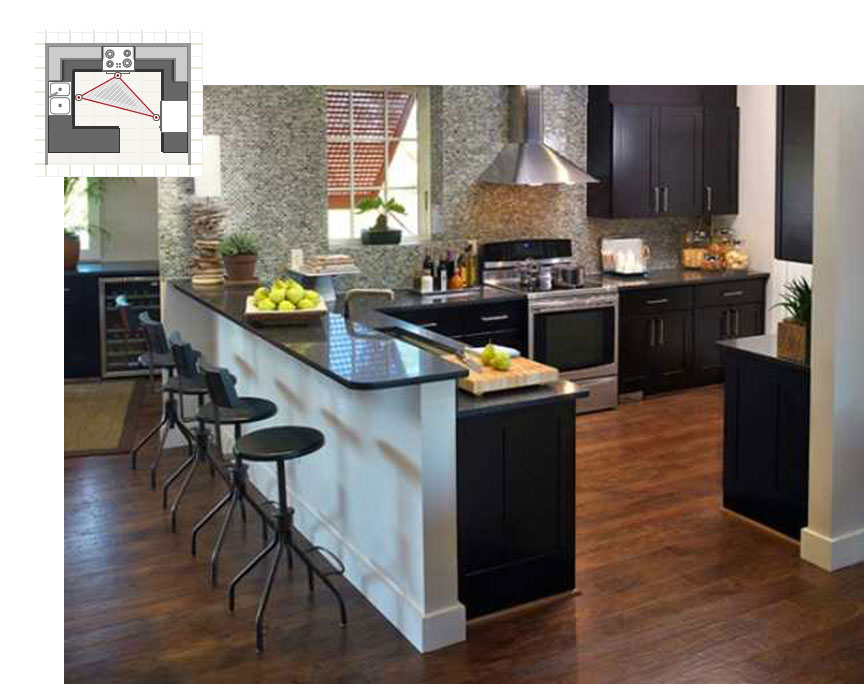 A Peninsula Kitchen is what happens when taking an L- or U-shaped kitchen and take away one of the walls, kind of creating an attached island. Sinks, seating areas, or a combination of the two are popular in this design. This layout allows spaces to feel and appear larger and more open without compromising on counter space. 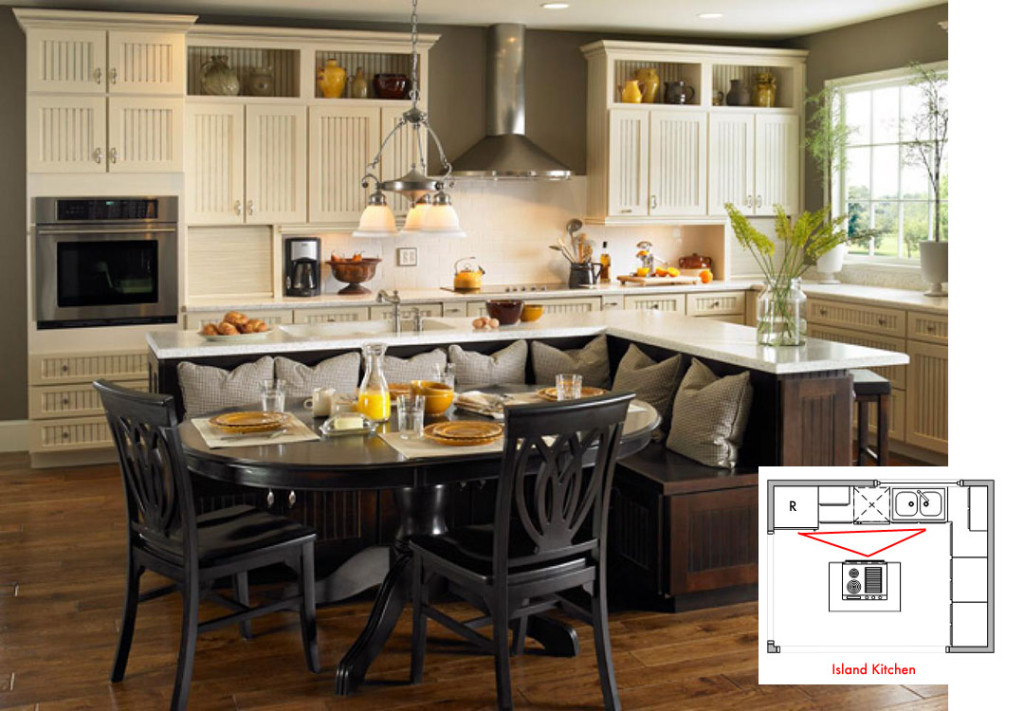 An Island in the kitchen can be used in just about any layout so long as it has space, however, they can be cumbersome in smaller areas. So having an island for the sake of having an island is never the best way to go. Fixed islands can be used for seating, an extra prep zone, you can add a sink, or a range – an Island allows for so many different possibilities. As an alternative in smaller spaces try a smaller movable island, which is less for appliance and seating space and more for extra prep space so you don’t have to keep running from work zone to work zone. Island layouts are best used in larger areas that can spare the extra space and they pair best in L-Shaped or Single Wall kitchens, but absolutely have no place in the Galley. There is a lot of information that can go into creating the perfect kitchen for you and your home, efficient kitchen designs can sometimes make that a difficult challenge when what you want competes with what you’ve got to work with. Keeping space, paths, and usage of the area in mind will often help compromise and find the perfect kitchen!

Builders Surplus is a full-service remodeling company with locations in Louisville, Kentucky, and Newport, Kentucky, which also serves Cincinnati, Ohio. We specialize in interior design, which comes as a free service to our clients. We sell building supplies ranging from unused surplus to first quality in stock, to high-end custom order and everything in between. We also provide measurement and full installation services. If you have any questions or would like to set up a free design consultation with one of our interior designers, we would encourage you to do so. Happy Remodeling! 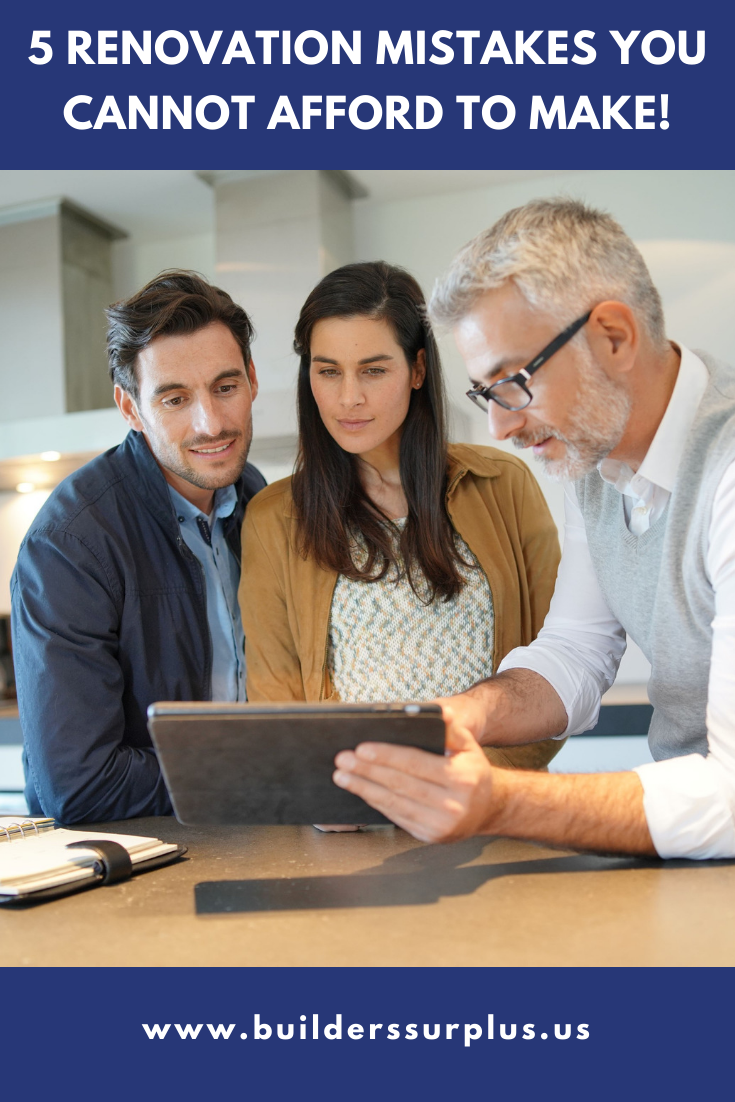 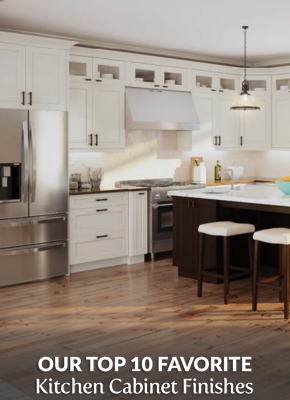 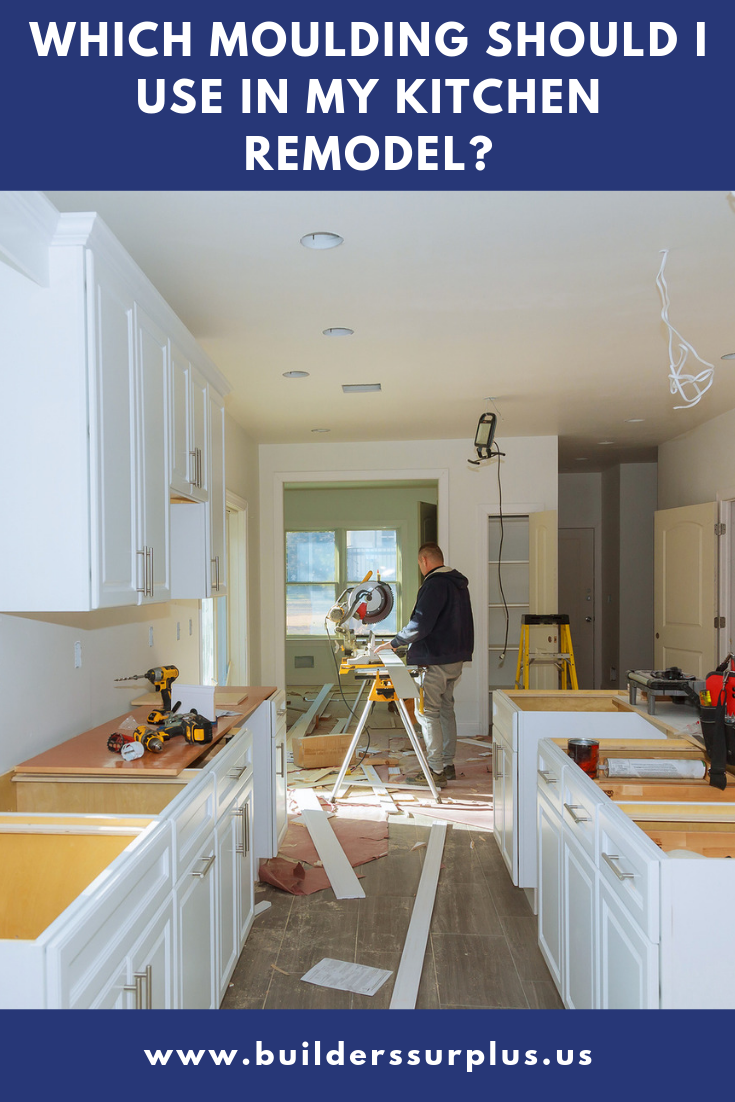 Which Moulding Should I Use In My Kitchen Remodel? 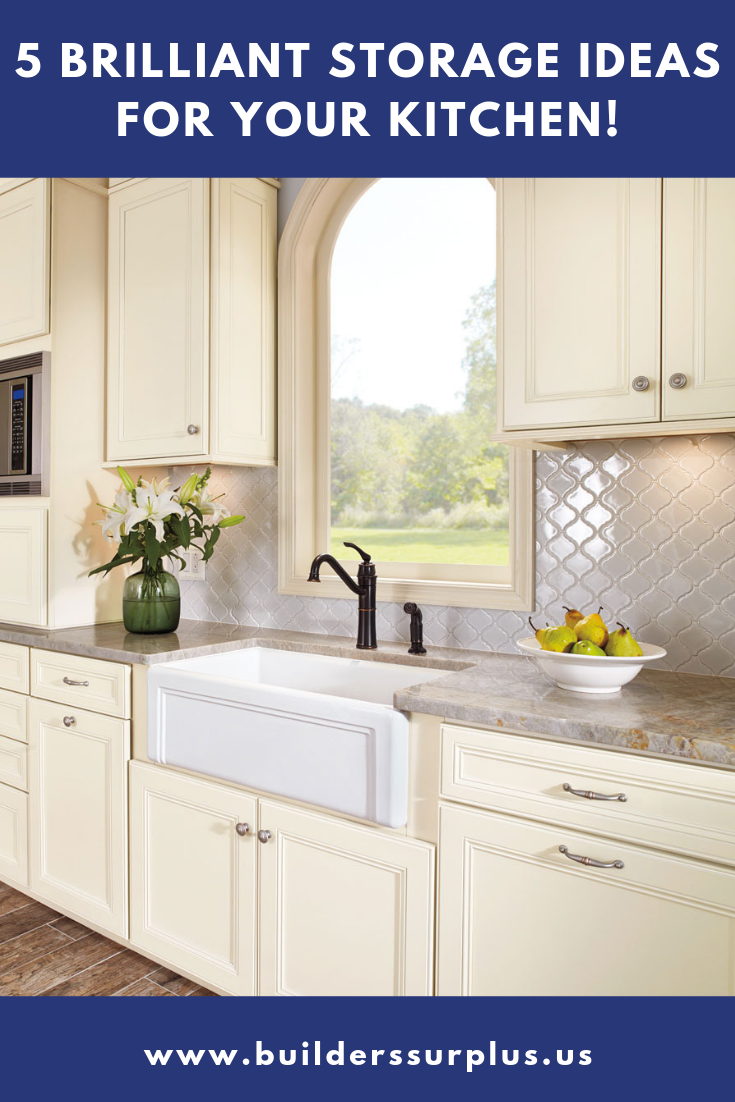 5 Brilliant Storage Ideas for Your Kitchen! 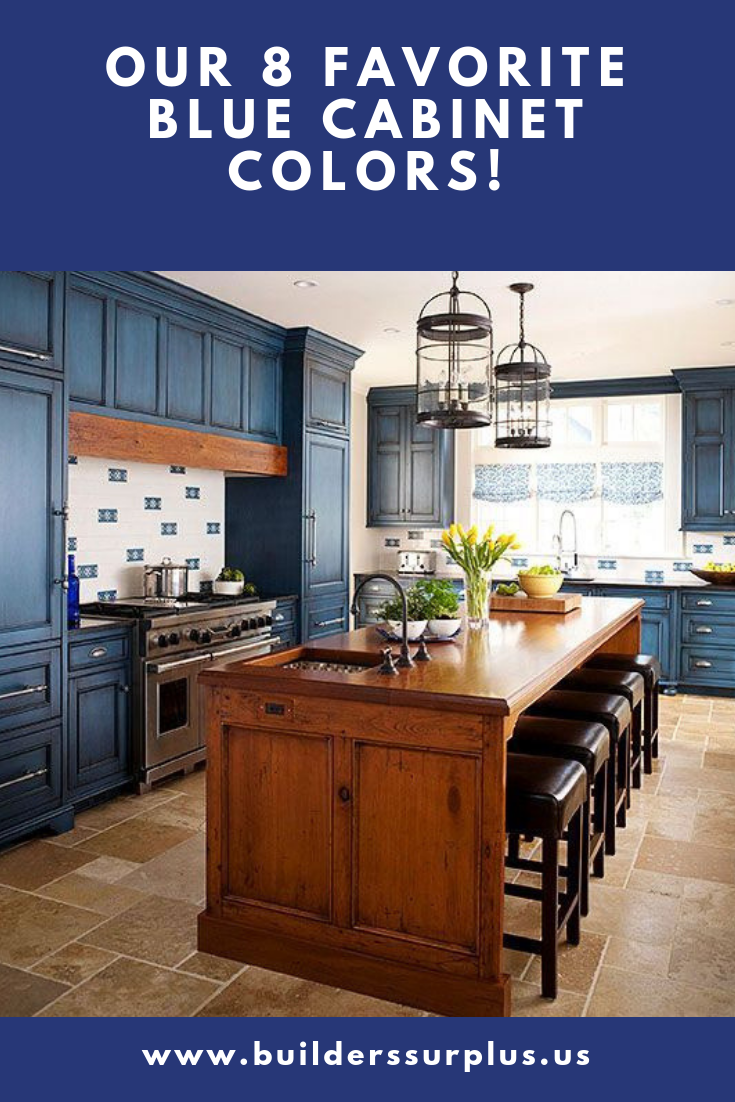